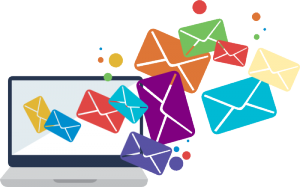 Email marketing is a great marketing tool because it is targeted, measurable, has a high return on investment and has vast reach – email is ubiquitous in today’s world. However, it needs to be done right for it to be successful.

Whether you are using email for newsletters, drip marketing campaigns, or promotional e-blasts, applying these 7 guidelines will help your campaigns fulfill your goals.

Marketing is All About Generating and Nurturing Leads

Top 10 Reasons To Back Up Your Business Data