Reduce the Risk of Travel-Related Hacks 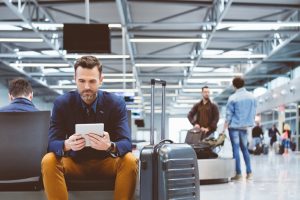 When employees hit the road, the threat of a data breach becomes their unwanted traveling companion. Devices and information are particularly vulnerable in airports, where public Wi-Fi networks are often unencrypted, improperly configured, or altogether phony. There’s also some risk from lounge and terminal device-charging stations, which crooks can outfit with hidden data skimmers; hotel rooms and lobbies obviously pose many of these same threats.

How To Detect the Source of Ransomware

Help Protect Your Personal Information by Filing Your 2019 Taxes Early