Professional Maintenance of an Elite Player 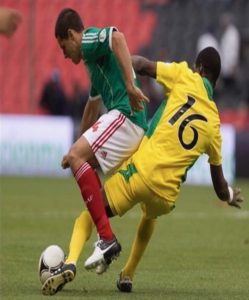 A profession is consistent and fulfills all the requirements needed to do a job. While this is a general fact it is especially true as regards soccer as a profession. One must take into full consideration both the technical and tactical aspects. The tactical aspects pertain to the understanding of the principles of defending, attacking and transition.. Many players are very fortunate to have attained a professional status as a soccer player on a professional team but it requires much to be able to maintain this status as well as to develop it. In this regard, inculcating the correct attitude is pivotal to maintenance. The soccer player must hold foremost in his mind that his job or position is always at risk and be reminded constantly that he/she is as good as his/ her last trophy. Therefore it is critical to always maintain a positive attitude which would allow one to adapt to every change/situation. Such changes include: change of a coach or management, change of environment and change system of play. As a professional one needs to be ready to embrace these changes. Equally important is the need to be teachable and remain open to criticism whilst embracing these changes since this would facilitate relevancy in the game in such a way that the player evolves even as the game itself evolves. A soccer player needs to work very hard going after/pursuing his/her goals when in reality he/she really doesn’t want to, doing that extra mile as it relates to sacrifice.

This is especially important to remaining at the top level. As a professional soccer player, one needs to make enormous sacrifice and exercise much commitment. In the passage of this sacrifice one may have to even procrastinate sleep , experience the first pains from working hard and refusing to stop, giving hours to study an opponent’s strategies and do whatever one needs to do to enhance one’s game and remain at the elite level’ for a longer period.

Even though I believe that raw talent has a place in the game it must be emphasized that a player should and must not solely depend upon it. In my opinion when this is done, the career of such a player always comes to a premature end. So it is very necessary to make sacrifices and to invest in nurturing and maximizing one’s potential as a soccer player. With regard to the importance of skill, this relates more to one’s ability to process and be deliberative in decision making on the field rather than relying on one’s instincts. Ultimately the player has to assess situations at a very high speed in order to play at and to maintain that professionally status. This is one way in which one can easily distinguish between a player who will remain at the professional level and one who will have a short lived career at that level.

I firmly believe that in order for a player to continue to perform and maintain his/her status as a professional soccer player he/she must have that love and passion for the career since these would enable him/her to give of himself/herself as regards the necessary sacrifices needed to achieve his/her goals. If I were asked, what the secret is to reaching and maintaining oneself at the ‘elite level’ I would say there really isn’t any secret. It is all about hard work and dedication to one’s craft. And even though hard work is key to maintenance one must not neglect working smartly. Just as important is getting adequate rest and proper nutrition. It is important to equate what one is trying to achieve with the work that one puts in. Based upon my own experience there are moments when one as a player work and pushes oneself so hard and in those moments it is tempting to relent and abandon the effort. But I firmly believe that getting pass or overcoming those periods is intrinsic to building one’s character as well as the sense that one can achieve anything. Also key to becoming a professional soccer player, is the knowledge and understanding of one’s strengths and weaknesses. The player must understand that while there are coaches who are there to identify those strengths and weaknesses, that ultimately he/she has a responsibility to know these and to understand how to maximize strengths whilst minimizing weaknesses so as to create a balance. Balance is critical to maintain oneself at the top level since the lack thereof can result in other players or teams exploiting or taking full advantage of one’s deficiencies. In speaking of balance we must take into consideration both ‘defense’ and ‘attack’ and also the ability to execute the ‘transition’.

Even as I repeat that it is very important to be cognizant of one’s areas of strengths I can’t help emphasizing that one must also be able to face one’s deficiencies, be willing to accept criticism and be open to being taught so that he/she would ultimately be able to develop and maintain his/her professional status at that optimal level. Finally, as a professional soccer player, one needs to always be in tune with his/ her ‘why’ or his/ her purpose. Professional maintenance at that optimal level requires the ability to answer the question “Why am I doing something?” I think being clear about one’s “why” helps one to remain ambitious and enthusiastic about his/her future rather than becoming stuck in the idea of what he/she as a soccer player would have done. As I inferred earlier, it is all has to do with what one does now and what he/she does now is in preparation for his/her future so yes answering the question “why” is critical to professional maintenance. This said, remember above all that input equals output. Even though this statement can be applied to other areas it is specifically true in relation to professional maintenance as a soccer player at an optimal level.

NJ Residential Foreclosure Rates Among the Highest In the Nation

How Your Diet Can Affect Mood, Cognition and Sleep

4 Signs You Need a New Managed IT Services Provider

Creating a Path to Sales