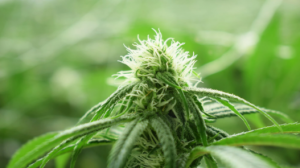 The use of cannabis, as medicine, dates back nearly 5,000 years. During the 19th century—and up until 1942—cannabis was included in the American pharmacopoeia, a list of effective drugs and how to make them used by doctors and pharmacists at the time. Between 1840 and 1900, more than 100 articles were published in medical journals in the United States regarding the efficacy of cannabis for patients. The period of 1837 to 1937 was called by one historian the “golden age of medical cannabis.”

This growing collection of doctor opinions, anecdotal accounts, and research was cut short with the passage of the Marijuana Tax Act of 1937 in the United States. While the law didn’t specifically outlaw marijuana, it did require a special tax stamp for legal cultivation, possession, and consumption. No such tax stamps were ever granted.

Recent research in countries such as Canada, the United Kingdom, Spain, Israel, and even Mexico has clearly illustrated not only the very promising medical efficacy of the plant, but also the acute need for additional clinical research and human trials. Such studies have shown that cannabis can decrease a patient’s dependence on conventional pharmaceutical treatments and drugs—many of which carry negative side effects that some patients say are, ironically, worse than the conditions for which they are prescribed.

It should be noted that the position of the U.S. government has seemingly shifted over the past couple of years. Beginning in 2013, the federal government began taking certain positions that have led to a greater acceptance of the concept of medical cannabis and the research of cannabis for medical purposes. Many states and many institutions of higher education have taken this opportunity to further evaluate the benefits that cannabis may provide to people in need. In March of 2015, the only federally approved cannabis production facility, located at the University of Mississippi and home to the National Institute for Drug Abuse (NIDA), was given a $69 million grant to produce more cannabis for federally sanctioned medical cannabis research.

Clinical research regarding the efficacy of cannabis for human health has been severely limited by its CSA scheduling — a Schedule I designation, by definition, means that cannabis has no medical value and, therefore, federally sanctioned research with the intent of showing positive efficacy is rarely ever approved. Despite this, some very revealing facts have been learned. Consider, for example, that in excess of 85 cannabinoids have been discovered within the plant, all of which are capable of synergistically interacting with the human endocannabinoid system to produce some response by the human body. Not long ago, NIDA modified a prior statement on medical cannabis to acknowledge that “recent animal studies have shown that marijuana can kill certain cancer cells and reduce the size of others.”

In addition, more than 200 terpenes have been identified in cannabis. These molecules, responsible for the relatively strong aroma of cannabis, function in a very similar manner to cannabinoids and also play a part in the synergistic interaction of marijuana-derived cannabinoids with those produced by the human endocannabinoid system. This is yet another area of the efficacy of cannabis that is largely unknown due to a lack of credible research.

In 1991, the International Cannabinoid Research Society was formed to serve as an organization to study the efficacy of cannabinoids. Similarly, in 2000, the International Association for Cannabis as Medicine was created to encourage and promote clinical research regarding cannabis-based therapy. One year later, the Center for Medical Cannabis Research was established at the University of California San Diego to conduct studies regarding cannabis use as medicine. The group in 2010 published a report that detailed more than one dozen clinical trials it had conducted (many of which were FDA approved). The report concluded that cannabis is an effective treatment in many instances, specifically for the control of pain, and that it works better than many mainstream pharmaceutical drugs and therapies.

Despite the challenges to conducting cannabis research, more than 1,500 peer-reviewed articles about cannabis and its medical efficacy have been published to date. In 2009, a review of clinical studies covering a 38-year period concluded that “Nearly all of the 33 published controlled clinical trials conducted in the United States have shown significant and measurable benefits in subjects receiving…treatment.” This review stated that cannabis is an effective analgesic (pain killer), protects and even improves the nervous system, and is a powerful anti-inflammatory. All of which means that cannabis can effectively treat diseases and symptoms that are poorly or even ineffectively managed by conventional drugs. It can deal with severe pain, help those suffering from neurological disorders like multiple sclerosis, epilepsy, and dystonia, and greatly improve the conditions of cancer and HIV/AIDS patients (including those suffering from other wasting syndromes).

Despite decades of federal opposition in the U.S., international research into the efficacy of cannabis and cannabinoids has been plentiful. Research organizations in the United Kingdom, Israel, Spain, Italy, and other countries have conducted case studies and clinical investigations into the medical properties of cannabis for a multitude of conditions. These studies have proven the value of both whole-plant cannabis, as well as synthetic and derivative forms of the herb. Despite this, clinical trials involving humans are still grossly lacking, preventing the creation of standardized treatments for particular ailments.

In 1994, the Federation of American Scientists, based on evidence of its superior effectiveness and safety compared to other medications, recommended to the President that the Food and Drug Administration work with the National Institutes of Health to develop protocols to make available cannabis for severely sick patients under the advisement of their physicians. In 1995, the American Public Health Association encouraged robust research on the part of Congress to “move expeditiously to make cannabis available as a legal medicine.”

Since the mid-1990s numerous professional medical organizations and physician associations, including The American Academy of Family Physicians, have officially supported the use of medical cannabis in the treatment of particular conditions.

A 1999 report from the Institute of Medicine (IOM) entitled Marijuana and Medicine, proclaimed the medical value of cannabis and that further federally authorized research was warranted. The report was the result of two years of analysis conducted by the IOM at the request of the White House Office of National Drug Control Policy. Despite this, the federal approval for follow-up studies was sparse. While some studies have been conducted in the U.S. with animals or cell cultures, almost no human trials have been performed. As detailed in the report, “clinical studies of marijuana are difficult to conduct…there is a daunting thicket of regulations to be negotiated at the federal level”. Researchers and investigators have found it extremely difficult to get federal approval to conduct the studies and, when authorization is provided, it has historically been difficult to obtain quality cannabis samples from the government to conduct the sanctioned research.

The American Nurses Association took a pro-cannabis stance and supported health care providers wanting to recommend cannabis for patients. It declared support for “patients to have safe access to therapeutic cannabis” and called for additional research.

Significant support was provided from the American College of Physicians (ACP) in their position paper of 2008 in which the organization acknowledges that the therapeutic qualities of cannabis are well established and it’s time for studies designed to determine the best dose and route of delivery. The ACP further calls for changes to the Schedule I classification of the plant so badly needed rigorous scientific evaluation can begin immediately.

In response to the ACP’s position paper, Dr. Jocelyn Elders, a former U.S. Surgeon General, marked its significance by stating “large medical associations are by their nature slow and cautious creatures that move only when the evidence is overwhelming,” adding that “[t]he evidence is indeed overwhelming that…there is ‘a clear discord’ between what research tells us and what our laws say about medical marijuana…[i]t’s time to end that “clear discord” and put science ahead of politics.”

These are only a few of the health care and research organizations that have supported—and sometimes demanded, in strongly worded articles or proclamations—the legal use of cannabis by sick patients and more robust research involving human trials.

All of these groups echo a common theme: Available evidence reveals a strong correlation between cannabis and patient benefit and that the need for additional research is paramount.

My Word for 2022: (re)Connect and 3 Steps to Turn That into Strategy

What is Cloud Security?