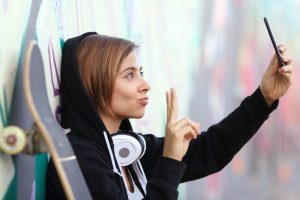 While attention-seeking behavior is not bad in and of itself, if it’s negatively affecting your teen or the people around them, it’s time to investigate what’s behind their need for attention. They may need extra support from you or to work with a mental health professional.

To better understand attention-seeking behavior from a family and trauma perspective, we spoke with James Nippert, a licensed marriage and family therapist and the primary adolescent boys’ therapist at Deschutes Wilderness Therapy in Bend, Oregon.

What Is Attention-Seeking Behavior?

So, what is attention-seeking behavior? It’s the way a person acts when they’re trying to get their needs met, according to Nippert. Behavior is often labeled as attention-seeking when it doesn’t end up truly helping the person or leads to unhealthy results or consequences.

What makes someone an attention seeker? When it comes to teens, at first, it may seem like they want to frustrate the people around them, but when further investigated, it becomes clear they may be in some type of emotional distress and aren’t sure how to solve the issue or comfort themselves. As a result, they try to bring others to their level of distress because, according to Nippert, it’s soothing to have other people distressed at the same time. Many times, they seek attention in ineffective or inappropriate ways to soothe their own discomfort, such as:

Signs of attention-seeking behavior can be quiet and subtle, but they can also be loud and intentional.

Examples of attention-seeking behavior in teens are listed below.

The Psychological Causes of Attention-Seeking Behavior

Regarding the psychology of attention seekers, they’re unable to self-soothe and tolerate distress, according to Nippert. They also have a lack of resilience and a deep sense of aloneness that may cause them to seek attention in ways that show they’re not OK and can’t handle the situation they’re in. The person wants to know they can move through an emotion, come out the other side, and still be OK, but since they may not know how to do so, they’ll rely on others to help them.

Sometimes, an attention seeker may even have a mental health disorder or personality disorder.

Wanting attention can be a symptom of BPD. This disorder can affect a person’s mood and how they see themselves. Oftentimes, a person who has this mental illness can appear dramatic or disruptive to others, which can come across as wanting attention. In addition, BPD affects a person’s relationships and can increase impulsivity.

For those with narcissistic personality disorder, attention-craving can come from their lack of empathy or need for admiration. There are two categories of narcissism, including grandiose narcissism, which is characterized by high self-esteem and attention-seeking behavior.

HPD is characterized as having unstable emotions and excessive attention-seeking behavior. Those with this disorder are attention seekers who find it hard to have self-worth and seek the approval of others. As a result, they’re attention craving and will act dramatically or behave inappropriately, so other people notice them.

There’s a relationship between ADHD and attention-seeking, as attention-seeking behavior is a symptom of the disorder. Teens with ADHD tend to act out more and be more impulsive and hyperactive. Attention-seeking is an expression of what’s going on inside of them. It can be their way of telling others they need help settling down or that they can’t settle themselves down.

Other possible causes for attention-seeking behavior include:

When Is Attention-Seeking Behavior a Cry for Help?

How do you know if the way your teen is behaving is a cry for help or attention-seeking behavior that’s considered normal? If the behavior is becoming negative, then it’s safe to assume that a further investigation into what’s going on is needed, as your teen could need help. In addition to watching how your teen acts, keep an eye out for negative emotions such as jealousy and low self-esteem, which can indicate your child needs some extra support.

How To Help Stop Attention-Seeking Behavior in Teens

If your teen is trying to get people to notice them in ways you find concerning, such as being promiscuous, you can help them stop this behavior.

If you notice attention-seeking behavior in your teen that’s having a negative impact on them and the people around them, the first step to helping them stop this behavior is understanding why they want attention. You may need to find a therapist to help you dig deep into the reasons, so your child has the right tools to overcome the issues they’re facing.

Connecting with your teen on a relational and emotional level is also important when it comes to addressing attention-seeking behavior.

“The number one thing that we can do is show our teens that it’s OK to be in our emotions by handling our own emotions,” Nippert said. “Parents best teach kids how to be healthy by working to be healthy for their kids.”

Embark is the most trusted name in teen and young adult mental health treatment. We’re driven to find the help your family needs. If you’re looking for support, contact us today!

Back Pain And Your Best Options

Cause-Related Marketing Can Be a Game Changer

3 Ways to Improve Communications in Relationships